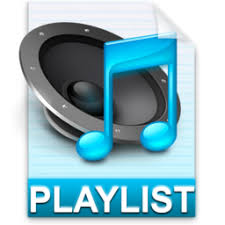 One of the glories of the digital world is how fun and easy it is to find things.  Searching for a rare book, an odd fact, an old episode of a tv show from your youth, a beanie baby that is no longer in production?  The internet is your friend.

One thing the search function of the web has served me well for is in making playlists for my kids’ birthday parties and for other special occasions.  I make eclectic mixes of old and new, folk and punk, kids and crooners.  You find a bunch of songs, massage them into a smooth arrangement, and the next thing you know, your kids can sing Ella Fitzgerald.

My husband’s birthday falls in July, and most of his siblings, like us, make the drive east out to Nova Scotia from Toronto.  For his birthday party, I made a playlist of songs from points east of Toronto, “Driving East,” beginning with “Leaving Toronto” by Greenwich Meantime (no, I’d never heard of them either) , and ending up in Nova Scotia with “Farewell to Nova Scotia,” which technically would be the first song for the ride home!  I used the i-tunes search function and just plugged in the names of the towns and provinces that we drive through.  I supplemented those finds with music from bands from those towns and with songs that seemed to me to epitomise each province.  It was so much fun to put the playlist together, and I found all kinds of new music along the way.

I’ve also made a hockey playlist, a baseball playlist, a superhero playlist, playlists for birthday parties with themes of magic, Reduce Reuse Recyle, and the number three.  Finding weird and wacky songs is half the fun.

Here are some of the themes and songs from the kids’ playlists:

“From the Morning” Nick Drake

“Where Do the Children Play?” Cat Stevens

The theme song from Harry Potter

“That Old Back Magic” Ella Fitzgerald

“Three is a Magic Number” The Jellydots

Let me know if you make any!