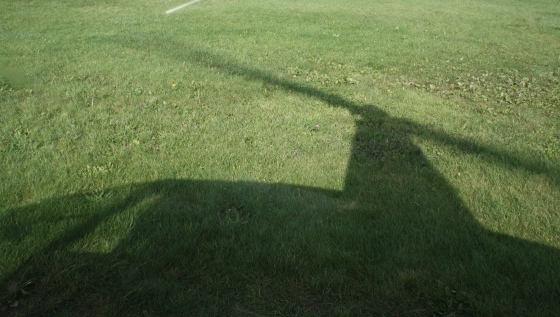 I’m generally suspicious of glitz.  I strive for things and people in my life that feel authentic and down-to-earth.  So it was a surprise to me to find myself clicking to buy a helicopter ride for my son.  A helicopter ride!  How not down-to-earth can you be?

A few things led me to it.  A five year old who had a birthday coming and who sometimes seemed under his older brother’s shadow.  A mother’s birthday in the same month, and for whom it is difficult to gift much.  The fact that I had never flown in a helicopter before.  And let’s not forget, what planted the seed in the first place – the Groupon that displayed itself in my inbox at the right time.

So I barreled forward and bought a helicopter ride for three for my mom, my son and me.  We did it last weekend.  I am here to report that it was a lot of fun and to give details.

The helicopter rides fly out of Billy Bishop Toronto City Airport.  Maybe one day you’ll be able to walk there, but for now you need to take their ferry, which runs every 15 minutes and is strangely short (120 metres).  You have to print out the convoluted directions to get to the helicopter office because it’s not signed, but it’s do-able.  They were running on time, and two friendly attendants greeted us and told us what to do (and what not to do – no pictures outside the helicopter, for eg.).  The office staff were also very reassuring and flexible when I worried we would be late (when I booked 7 weeks ago, I didn’t know there would be a marathon that would grind downtown traffic to a halt) – I was impressed with the service.

We were then ushered us to a waiting area, also known as a bench on some grass, and then to the helicopter.  The adults hunched down – the propellers are so high that they’d never hit us, but instinctively one stoops near huge swinging blades.  The chopper was small!  Just enough space for the pilot, a front passenger and two passengers behind.  Purses and camera bags not allowed due to limited space.

We boarded quickly and were given headsets, just like in the movies.  I think they’re partly because being on a helicopter is loud.  But it’s for talking too, and became even more fun when we were told that the pilot would change to a different frequency so that he could actually do his job, leaving the three of us to chatter away among ourselves.  And look official.

Lift off was a sensation – literally.  Stomach-turning, in a good thrill way, similar to take-off in a plane, but stronger, because the helicopter is so much smaller.  We flew up to and slightly above the CN Tower (a very tall building), and around the downtown core.  We turned once, quite dramatically, we all pitched to one side – I was comfortable, my son enjoyed it, and my mother said she clung to the helicopter in the opposite direction.

Promotional materials say the flight is ten minutes, but my mother had the wherewithal to actually time our flight – I was too busy squeeing and taking pictures – we were in the air for just five minutes, so I suppose the remaining time is reserved for getting on and off and settling in.  I’d have loved a longer flight, but there were benefits to it being brief.  There was no chance of the experience getting stale – we all wanted more when we got off.  But it was also long enough to sit back and feel it.  There was a real intimacy to flying in such a small vessel – there was so little barrier between us and the air outside, and we could see so much with the expanses of windows, which was very different from flying in a plane.

Some logistics:  the ferry ride is awfully short, and the wait is only supposed to be 15 minutes, but it felt a lot longer.  There is nothing to do while waiting, and there’s a food bar somewhere in the airport, but mostly it’s fairly dreary while you wait.  If you’re going with younger children, it might be nice to bring a book or activity while they wait.  These things might come in handy while you’re waiting for the chopper ride too.  Remember, this isn’t Centre Island.  There are no open spaces, no play structures, no restaurants.  It’s an airport, and not an interesting one at that.  There are some planes in the hangar next door, but that only went so far with our kid.

Also, it’s pricey.  Ours was the least expensive tour, and costs $100/person (no discount for little people or seniors).  Enter the Groupon, which brought the cost for three down to $169 – so it is worth waiting for these, and I’ve seen another one featured since I bought mine in the summer.

We won’t be doing it again any time soon (at least not for this son!).  But it was a fun splurge, unlike anything we’ve done, and I’m glad we went for it.  I’m pretty sure my little guy is too. 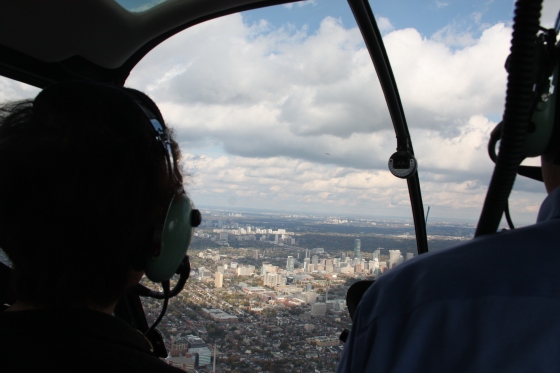 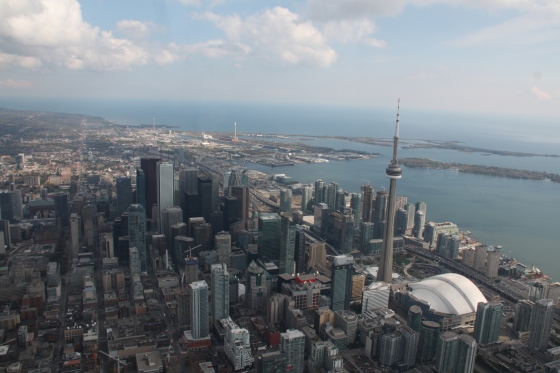 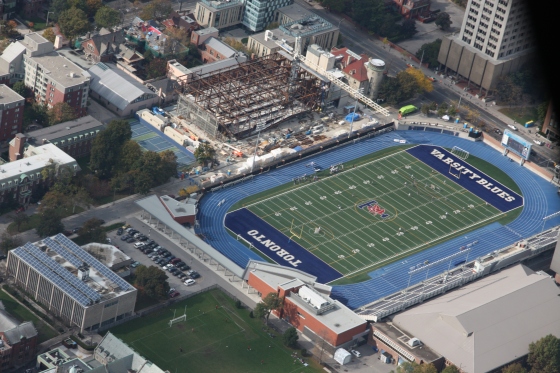 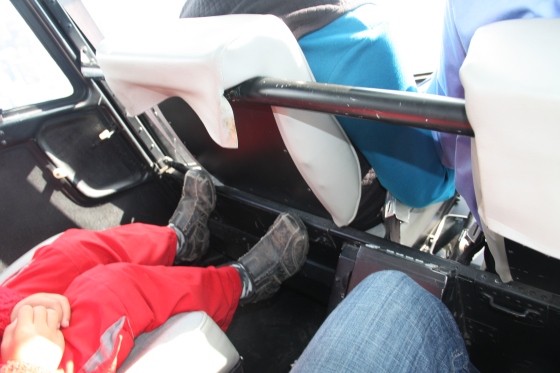