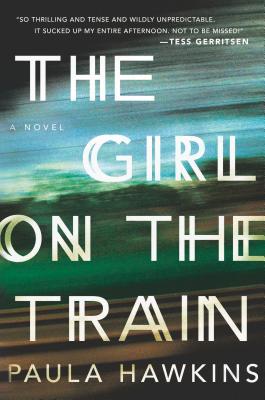 Plenty of books from Beth-Anne

The Girl On The Train by Paula Hawkins

It was arguably the blockbuster novel of the summer and devoured by many hoping to satiate a whetted appetite for mystery, thanks to the smash-hit book turned Hollywood favourite Gone Girl by Gillian Flynn.   In contrast, The Girl On The Train is easy, predictable reading but sometimes that’s just what a lazy day calls for. The mystery starts with Rachel, down-on-her luck and fragile as can be, with her days following a familiar pattern. Her daily ride on the commuter train takes her past the same junctions, the same scenery, the same homes and ultimately, the same people. Rachel becomes enthralled with a young couple she sees from her carriage and fantasizes about their lives. But then one day, the woman she calls Jess goes missing and an all-out manhunt is launched to find her. Rachel believes that she knows what’s happened to her, but how can the police trust this woman? As I was reading, I couldn’t help but imagine my favourite British duo cast as leads, Kate Winslet as Rachel and Jude Law as Tom. If you’ve read the book, what do you make of my casting ?

They Left Us Everything: A Memoir by Plum Johnson

Toronto-based author Plum Johnson wrote this tender memoir in the years following her mother’s death. Her parents met and fell in love during the Second World War. Her orphaned, British father was a decorated solider and her mother, a passionate Southern belle with an opinion about everything. After years of living in the far East in the late 1940s, they came to settle in a small town on the shores of Lake Ontario. There they raised their four children in a twenty-three room home, accurately name Point O’View, that for decades served as the backdrop to numerous dances and arguments, love stories and heart aches and the occasional tantrum. Plum is now tasked with sorting through the family’s antiques and tchotchkes, but each treasure reveals more than a memory; it brings closure and understanding to a mother-daughter relationship that for years was strained and fragile.

A Fall of Marigolds by Susan Meissner

Tenements of New York City, shirtwaists, turn-of-the-century immigrants, two stories -past and present – woven together . . .this book is right up my alley and I anticipated reading it for weeks; waiting for just the right time to sink into it. But I was disappointed by the syrupy dialogue and poorly developed characters. I found myself skimming over the pages just to reach the end.

Plenty of books from Nathalie

In the Woods by Tana French

The Likeness by Tana French

The Secret Place by Tana French

Plenty of books from Carol

The Power of Habit: Why We Do What We Do in Life and Business by Charles Duhigg

To purchase these books please visit Indigo, by doing so we receive a small compensation (a few cents per book) to help keep Plenty on-line. Thank you for your support!