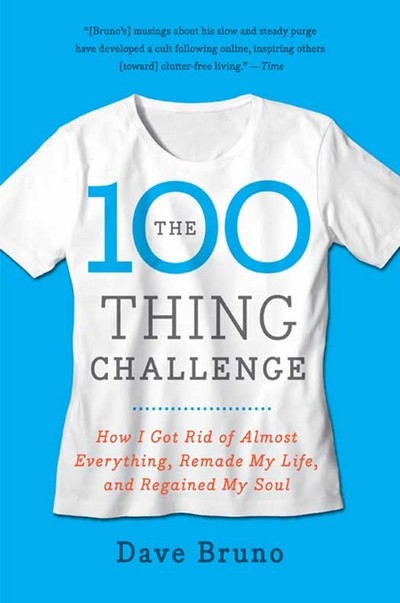 Our theme for December is minimalism.  It seems counter-intuitive, in this season of excess, but that’s exactly why we chose it.

The trend towards minimalism has been fueled by blogs like Joshua Fields Millburn’s and Ryan Nicodemus’s The Minimalists and the book that came out if it, Everything that Remains, and David Bruno’s blog that led to his memoir The 100 Thing Challenge: How I Got Rid of Almost Everything, Remade My Life, and Regained My Soul.  His Ted Talk is a great summary of the arguments he makes and his reasons for undertaking the project.  “Simplicity is action.”  Simplicity is both a spiritual movement and a anti-consumer culture movement.

This article describes how a Canadian family took up Bruno’s challenge to reduce their belongings to 100 things each, if you want to see the plan in action.  And if you’d like to try it yourself on a more manageable scale, another version is not to reduce your belongings to 100, but to get rid of 100 things.

And, of course, there’s the movement towards minimalism with social media: tweets and instagrams are short and sweet.  If you’d like to see more of 4mothers (writing less!), follow us on Twitter and on Instagram @4mothers1blog.  We are doing more and more on those platforms, and we’d love you to join us.

This month, minimalism will be our subject and our method.  We will have two-word letters to our younger selves.  We will have posts about our choices for our one word for the year 2015.  We will be writing about reducing, refining, simplifying.

We will also have a week of gift guides, which will appear to be anything but minimalist and certainly not anti-consumerist, but our goal is to help you shorten your list of things to do by giving you some great ideas and to point you to some great causes and creators.

So bring on the December excess and join us for some minimalist fun! 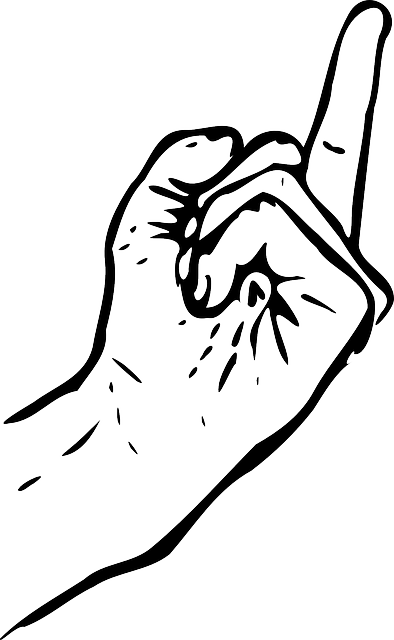 Kids.  The minute we become parents our world goes topsy-turvy.  Things we may have held near and dear before our little ones arrived instantly seem trivial and a waste of time.  Many of us traded in the 2-door sedan for something with an impressive safety rating, swapped our Saturday nights at Green Day concerts with Sunday morning sing-a-longs and maybe even a few succumbed to wearing the dreaded mom-jeans (if you did, please stop reading this right now, take them off your body, get your kitchen scissors and cut them up.  Right. Now.).

The point is that we do change in many ways when we become parents but in just as many ways we don’t.

We don’t give up reading books that we love, eating our favourite foods or enjoying the same late-night comedies simply because we have to trek someone to hockey practice at 6 am or wash mountains of dirty laundry.

But are there exceptions?  For example, if before you became a parent you peppered your everyday language with expletives do you have put an end to that?  Full stop?

On June 3, 2013 Peter Scowen wrote an article for the Globe and Mail about potty-mouthed parents.  He cited Nicole C. Kear who wrote a post for Salon, an avid (and creative) curser long before becoming a mom.  Kear decided to put an end to her bad-language habit, wanting a more G-rated environment for her children as her little ones reached the ages of 8, 6 and “toddler”.

Naturally, Scowen found another blogger, from the parenting site The Stir, offering the opposite view point.  This writer suggested that swearing in front of your children is not only fine but also possibly good for them.  Five reasons are cited in support of uncensored foul-language vary but include the foremost principle that adults must never swear in front of other people’s children and that children are never, ever cursed at.

So what do you think?  On what side of the coin do you fall?  Do you need your own mouth washed out with soap or could you be a regular on the Disney channel?

This week the 4Mothers are giving their two cents on the issue and Kristi Ashcroft will be our weekly guest.

Kristi has a degree in Economics from Princeton University and work for eight years at a Wall Street firm in New York and London.  She and her husband settled in Toronto, and she is now a stay-at-home mom to three busy boys ages 3,5 and 7.

Don’t forget to “like” us on Facebook!  Help us to hit 150 likes before the end of October. 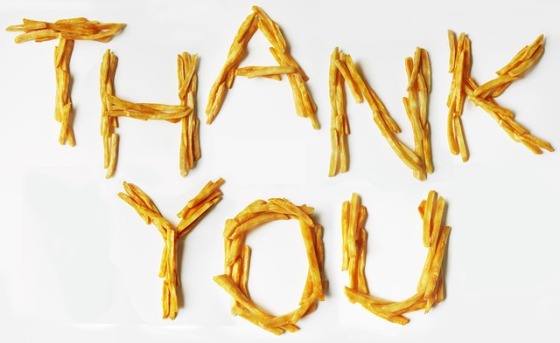 Canadian Thanksgiving is just around the corner and in case you need a refresher on the history of this holiday that should have been called Welcome Home, Martin Frobisher!

If you’re up to speed that the Canadian version of Thanksgiving has absolutely nothing to do with the Mayflower and the pilgrims, than we invite you to take part in our week of thanks.

Inspired by the very astute and often witty Leah Dieterich of the blog thx, thx, thx, and aptly named book (which would make the perfect hostess gift this holiday season) 4Mothers will pay homage to the little things that make our daily life that much better.

Kristi Ashcroft will be our guest this week.  Kristi has a degree in Economics from Princeton University and work for eight years at a Wall Street firm in New York and London.  She and her husband settled in Toronto, and she is now a stay-at-home mom to three busy boys ages 3,5 and 7.

Let us know what you are thankful for by leaving a comment, sending a tweet (@4Mothers1Blog) or posting to our Facebook page (which I hope you have “liked”!).

We want to hear from you!

Don’t forget to “like” us on Facebook!  Help us to hit 150 likes before the end of October.