At the risk of sounding all Goopy or Oprah-ish, here are some things that I have come across this summer that just make my day. How about you? What has been your favourite summer find? 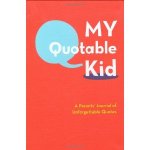 My Quotable Kid – a journal

Every parent has stories of funny things their kids say. Like this summer my three year old told me that I was “taking away all of his fun” when I thwarted his attempt to “fly” from a high surface whilewearing a blanket for a cape and a helmet. That’s me – a total meanie.

I stole this one from my sister-in-law. She solved the problem of the Mystery Glass. After a few wine spritzers or fruity cosmo’s the inevitable begins: “Is that my glass?”

Charms don’t work for my absent-minded friends who are too busy tracking their three year olds to remember whether they are the pink stiletto or the martini olives. Use Crayola Window Writers to scribble each person’s name on their glass.

Kids love this. Adults love this. The joker in the crowd loves this -some interesting nicknames might be revealed after round two.

I must confess that I read about this carbonator in O Magazine. The boys and I love bubbly water (actually, I pretty much love all things bubbly) so in effort to reduce my inflated San Pellegrino tab, I purchased one of these. The boys and I have had fun making carbonated O.J. and other fun umbrella-type drinks. I am definitely the party-hit when I twist the carbonator and we watch the bubbles fizz.

I have to hand it to my husband for creating the best cocktail of the summer – lemonade, vodka, Cointreau and a splash of lime cordial mixed together and then carbonated. So yummy, it comes dangerously close to fourth baby territory. (Don’t worry – not really!)

And while I was picking up the carbonator, I saw these spatulas and pancake molds. The perfect way to spend the morning while nursing a carbonated cocktail hangover 🙂

“Oooh, you died.  I deaded you!”  My three year old squeals.

This banter has been going on for a few minutes and I cringe  listening to such violent play.

“Boys!  Enough!  We don’t kill people.  We are kind to people.  We don’t use guns or play with guns!  They are dangerous and hurt people.”  I make a final plea.

I have got to hand it to my boys.  They are definitely creative.  There are no toy guns in our house.  There are no photos of guns.  None of their toy characters have guns.   No one we know owns a gun. My husband and I don’t own guns and I am fairly certain that neither of us has never shot a gun.

Yet my boys can craft a gun out of anything.  Toilet paper rolls.  Broom handles.  Pencils.  Their fingers.  The latter is difficult to take away from them.

I am not sure where this “kill ‘em” business came from but if I were to guess, school would be my bet and of course, pretty much most entertainment that is marketed towards boys has some sort of violent component to it.

It amazes me to see how much the boys have learned during the short school year.  Jack, who is four, is using words like liquid to describe melting ice and explaining to me the root system of our tomato plants.  Sam, who is three, clicks puzzles together faster than I can turn over the pieces and he counts aloud to twenty while staring at the ceiling waiting for sleep to come without skipping a beat of flubbing the sequence.

But they learn other things at school, things about guns, war, weapons and death.  They are fascinated by the death of things – ants, flowers, batteries and yes, people too.  Together with their friends they play light-sabers, soldiers, police and bad guys and even, thanks to our recent trip to the movies, cars.

I respect and appreciate their curiosity and imagination.  But I also hate it.  It’s absolutely impossible to shield them from everything.

To me, it’s more important to expose them to things and then explain to them how their father and I feel about it.

This is what I tell myself to quiet my desire to lock them in their rooms with a few stuffed animals and a plethora of mommy-approved books.

My mother-in-law who has raised many boys insists to me that it’s futile.  As cliché and perhaps as offensive to some (click here and here) as it may seem: boys will be boys.

In an effort to understand this play, I turned to Leonard Sax’s book, Why Gender Matters, for some insight as to why my boys are so obsessed with rough play.  Here is what Dr. Sax has to say:

According to the section, Lessons From The Playground (pages 58-65):

The section in the book that most rang true for me is Grand Theft Auto.  Sax describes on page 71:

“. . . Don’t buy any video game that employs what I call a “moral inversion”- where good is bad and bad is good.  Playing those games for hours on end can warp your mind.  If your son absolutely has to play violent video games, choose something like SpyHunter instead.  In SpyHunter you’re a James Bond sort of character, assigned missions such as escorting diplomats to embassies while various enemies try to shoot you and the diplomat you’re escorting . . . You lose points if you kill or injure a civilian.  You can’t just fire your weapon blindly.  You have to avoid the civilians (who become more numerous as you advance in the game) and make sure you’re right on top of the bad guy before you can fire.”

If I am to be truthful, and it’s hard to be, I would admit that I am also embarrassed by their boisterous play.  My own ego and insecurities whisper to me other mothers are watching and judging, deeming my boys the “bad ones”.

But when I look around at other boys in the playground, I see the same play and hear the same words that fill-up my home coming from other little bodies.

“Mommy, don’t worry. It’s not a gun, see?”  My son holds his tiny hand out to me and opens his palm.  He looks up at me with the sweetest eyes, and smiles his toothy grin and says, “It’s a sword.”

I long for those lazy days of summer.  Reading books under a tree, strolling for ice cream, meeting friends for patio dinners.  Those are the summer days of yesteryear.  My days of summer are not anything but.  It’s been three weeks of summer and we’ve:

–       Planted cucumbers and tomatoes, a planter of begonias and a bed of gerbras

–       Had four cottage weekends complete with boating at the crack of dawn, fireworks late into the evening and a baby who refuses to sleep in his temporary crib

–       Made waves in swimming pools and splash pads

–       Tried three neighbourhood restaurants for lunches (what was I thinking?)

–       Applied Benedryl to a swollen ankle rendered useless thanks to a Muskoka mosquito (*Mr. Mosquito, next time please aim for the lips.)

It’s important to note that while most things on that list sound summery and like a lot of fun, you must imagine doing each with three boys who must have been circus carnies in their previous lives.  Gong! 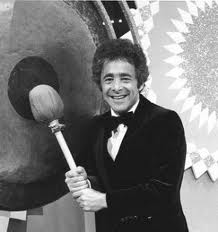 Of course, playing Activities Director has added to my already heaping amount of daily responsibilities (and laundry).

Boredom, if you are looking for someone to assault this summer, please, please pick me.

My oldest son is 4 ½ years old and had never been to a movie.  I know.  Deprived.  I had staved off taking him (despite friends suggesting movie dates in the past) because I wanted the first movie experience to be unforgettable (admittedly more for me than him) and I wanted to be able to take his younger brother too.

Lightning McQueen and Mater have been favourites in our house for the past few years and the boys often pick Cars when it is movie time.  Honestly, I enjoy the movie too and lately Disney flicks are the only “films” that I am watching.  I like the message that McQueen, Mater and the rest of the Colorado Springs crew relay about friendship, sportsmanship and accountability.  So when I heard the sequel, aptly titled Cars 2, was coming to a theatre near us, I decided that this would be the perfect first movie experience.

When am I going to learn that when expectations are high they have a L-O-N-G way to fall?

It wasn’t all bad.

The boys were amazed by sheer size of the building and the crowds of people – and we were only in the parking lot.

After severing my right arm and handing it over to the cashier shelling out $27 for three kiddie popcorn combos and $10 for ONE child’s admission ticket (I had a gift certificate for me and the cashier told me that my three year old was really two today), I was full of excitement even though my wallet was empty.

The boys were enjoying the experience and I was enjoying watching their reactions to the newness of everything, including the majestic screen and the “flippy” seats.  Once we had adjusted to the darkness the three of us were eager to enjoy the movie.

The movie starts off with a bang, quite literally.   Finn McCool (new to the cast of characters) is analogous to 007 as he scales an ocean liner and spies on the motley crew of “lemons” hatching their plan to destroy bio-fuel and kill celebrity racecars like Lightning McQueen.

The plan is carried out and the movie is heavily peppered with guns, explosions, bombs, and “kill ‘ems”.

Sadly, the sub-plot is not much better.  McQueen is vying for the World Grand Prix title and his country-bumpkin buddy Mater is an embarrassment to him.  Feeling dejected, Mater strays from the Colorado Springs gang and through a series of blunders winds up working as a spy.

Maybe because a story of international espionage goes over most young kids’ heads the makers felt a need to insert shoot-em up scenes to keep the meandering attention spans of the audience.  However, as much as the main plot is riddled with physical violence the sub-plot is laden with hurtful words specifically, “idiot”, which are repeated over and over.

I was so disappointed.  This was nothing like the Cars we know and love.

I spend so much time in our every day life trying to negate the violent play and images that seem to creep up with positive messages and re-direction.  I didn’t need Lightning McQueen, a quasi-role model effectively erasing all of that in ninety minutes.

My boys are at a crossroads.  No longer do the singsong voices and cuddly cartoons of Treehouse appeal to them.  But the alternatives seem to be too grown-up for them.

I understand that they are still young and that I can’t be their censor forever, but in the meantime I want to preserve their innocence a little while longer.

I would love some suggestions for family-friendly movies that are suitable for 4-6 year olds.  Curious George, the Muppets, Elmo, etc. are all favourites but I need to expand the digital library.