To round out our week of posts about the first time, and our month of sizzling summer, here is the scoop on two buzz-worthy, sex-filled new reads. 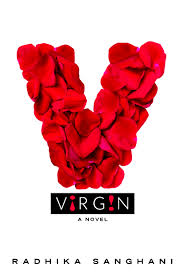 There has been a fair amount of buzz lately about New Adult fiction and its definition.  An article this week in The Globe and Mail discusses the struggle to find bookstore space to devote to the genre, and Emily Temple debates the value of the label altogether over at Flavorwire.

Whether you value naming the genre or not, Virgin fits squarely into the New Adult category of fiction.  It is sexually explicit, full of relationship drama, final exam hell, the task of finding a first real job: in short, it’s all about the transition from teens to twenties.  Where Young Adult fiction deals with sexuality in euphemisms, New Adult gets down and dirty with the details.  Most of the details fall under the category “Why did no-one tell me these things?!”

In Virgin, the narrator Ellie Kolstakis is on a mission to lose her virginity at the ripe old age of 21.  She is in her last year of university, and she feels that she cannot graduate with her hymen intact.  Add a healthy dose of insecurity, a naivety about the care and maintenance of the bikini line, and several strokes of bad luck and you have the recipe for sexually explicit broad humour.  There are laugh-out-loud encounters with boys, men and bikini-waxers alike, toe-curlingly precise episodes of shame and embarrassment, and tender moments of girlfriend honesty.

I will admit to feeling huge relief to be well out of my twenties when I read this book.  The neediness and the insecurity of the narrator detracted from the great humour in the book, and I was less empathetic with the narrator than relieved to be fully in possession of my sense of self.  If you like the over-sharing and the cringe-worthy moments of embarrassment of Lena Dunham’s Girls and the broad humour of physical comedy, this book will fit the bill to round out a sizzling summer. 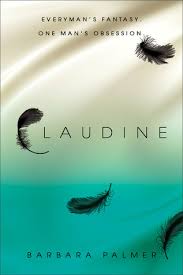 Claudine is the stage name of Maria Lantos, a post-graduate student who is writing her thesis on erotic literature at Yale.  This is the best kind of erotica: bawdy with a healthy side of brains.  Part erotica and part thriller, the novel begins when Claudine is having an increasingly hard time managing to balance her life as top class prostitute and top-of-the-class graduate student.  When she begins to get threatening messages from someone who knows far too much about her to simply be a disgruntled former john, the plot thickens and her ability to keep her selves separate becomes ever more difficult.  Add several steaming hot sex scenes, and you have the recipe for a page-turner with a kick.

Claudine has fashioned a successful business as a modern-day courtesan, and she commands top-dollar for her appearances.  She has two employees: a dishy body guard and business manager, Andrei, and a beautician/masseuse/costume designer, Lillian, and they work as a team to keep her safe, solvent and stunning.  I have to say, the fact that she has such attentive personal attendants was a huge part of the appeal of the fantasy.  Who wouldn’t love a Lillian to do hair and make-up every day, and a massage at the end of the day?  And this book does cover many a fantasy: rough sex, role-play, group sex, public sex, lesbian sex, and high academic achievement in an Ivy League English Department.  (What?  Is that just my fantasy?)

I loved how matter-of-fact Claudine is about her job, how business-minded she is, and how proud she is about her success as a courtesan.  Palmer does not stint on the details of the business plan that helped her to rise to the top, and as much as we witness the sex she sells, we see her strategy for making herself a rare and valuable commodity on her own terms.  I also love that she’s a graduate student of English, of course, and it’s clear that both Barbara Palmer and her Claudine know their stuff when it comes to the erotic canon.

If I have a quarrel with the book, it is that Claudine was abused as a child.  Certainly, many sex workers were sexually abused as children, but in a novel that otherwise promotes a fierce pride in female sexual appetites, it bothered me to see, yet again, a fierce appetite linked to a traumatic past.  Such a move does not seem to move away from pathologizing sex.

Both of these books were sent to 4Mothers1Blog by Penguin Canada.