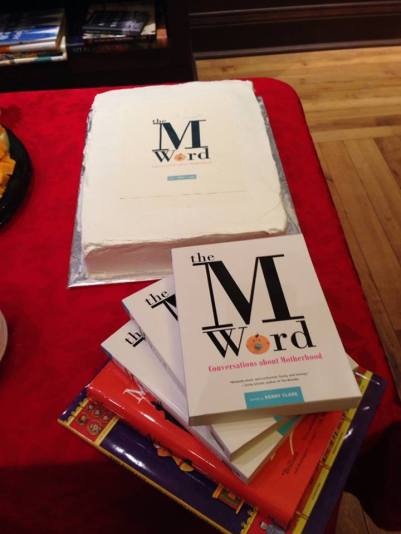 I met Nathalie more than 4 years ago. At our first meeting sitting across from each other at the Momoir writing class, she described her feelings of ambivalence about motherhood to the circle of six women.

I remember the woman sitting across from me had a shocked look on her face and while there were no words, her message was clear: how can you feel so-so about being a mom!?

Nathalie went on to explain that ambivalence doesn’t mean, “take it or leave it”. It means having contradictory feelings about something or someone.

That evening, sitting on a plush couch in a darkened Forest Hill basement, I found my way. Nathalie gave a name to the feelings that had taunted me for the past three years. I was finally moored.

For me, motherhood is a constant state of contradiction. My opposing feelings struggle to take center-stage, demanding to be heard. Parenting isn’t about attachment or a helicopter, a tiger or a presence of mind; it’s a harrowing see-saw ride with such soaring highs that it can shock the breath right out of you and thud-to-the-ground lows that will diminish you, gut you, scare-the-shit-out-of -you.

The essayists featured in The M Word: Conversations about Motherhood, narrate ambivalence thoughtfully – with reflection, humility and honesty. Heather Birrell’s Truth, Dare, Double Dare, starts off the compilation and immediately I felt the same sense of kinship that I did years ago when I first met Nathalie.

I have re-read Heidi Reimer’s The Post-Maia World several times, each time gleaning more from her intimate narrative. Like Reimer, I am baffled, completely flummoxed by the contradictions that make up motherhood.

My emotions alone, and the intensity in which I feel them and express them, are like two sides of a coin. Reimer writes about emotion after becoming a mother:

“I yelled more, cursed more, became gripped with stronger rage . . .I smashed objects against of the floor and pounded my fists into walls.” – The Post-Maia World

It’s what keeps me awake at night. Are my children going to grow up and their dominant childhood memories include me screeching at them, an ugly snarl on my face, to hurry-up, get dressed, stop fighting and get to school. Are they going to remember the time I smashed the truck plate in two jagged melamine pieces because I could not bear to listen to yet another squabble over whose turn it was to eat a grilled cheese off of it? Is the time, when in a rage of impatience I regrettably zipped-up a winter coat and a lip in one angry jerk, going to be what they remember of me?

I want them to think back on their childhood and recall all the times that I tried to kiss them a million times in a row, when I traced letters on their back, and squeezed our hands together in a cryptic code.

Of course they will never know how intensely I love them, how I have never loved anything with every fiber of my being, the way that I love them. The connection that I feel to them is visceral, so powerful that words could never suffice but Reimer is able to describe the initial feelings that overwhelmed me those early days with such uncanny accuracy.

“ . . .our connection to each other was primeval, animal, beyond rationality; it grew through nine months’ gestation, an umbilical cord between us, a birth canal, a mouth on my breast, hormones clamouring, “You are mine and I have never loved anyone before you!” – The Post-Maia World

The emotional extremes that I experience are just one of the contrasting aspects that, for me, define motherhood.