Behold the graveyard of DIY projects.

There is a box of papers, colorful scissors with various edges, a hodgepodge of stickers, stamps and decals residing on a shelf in my office closet.  Last year I discarded a two-inch stack of recipes torn from magazines promising mouth-watering delicacies.  A clear, plastic, zippered pouch that contains two spools of soft, chocolatey brown yarn and a partially completed scarf resting on needles has followed us to two homes and remains under my bed.

I had never given much thought to the DIY culture until I became a mom and then I couldn’t escape it.  Personalized Valentine’s Day cards, hand-stitched Halloween costumes, laboured over meals, ornately designed snack foods, and play dates requiring more scheduling and production than a low-budget highschool musical seemed to be the norm. I mean, WTF ever happened to just knocking on someone’s door and playing with a Skip-it in the yard while eating FunDip?  And then just when I thought I had it somewhat figured out, Pinterest came along and upped the game.

I spent years on that hamster wheel trying to do it all and do it “right”, but the years have brought me three busy boys, and an acceptance that “good enough” is really good enough.  I learned to identify, appreciate and accept my limitations.

This year I did make my son’s skeleton costume for Halloween but it was the process more than the end product that proved to be “pin-worthy”.  My son and I worked together to turn my son’s vision into reality.  He learned the importance of communication and teamwork.  I learned there are no perfect skeletons but there are happy kids.

Being honest with myself is difficult.  I used to feel that doing everything for myself was somehow a reflection of my worth as a mother.  If the Valentine’s Day cards were perfect, than somehow this meant that I was a good mother, a kind mother, a patient mother, the mother that we are all supposed to be.  Never mind that it was a grueling process with me snatching the scissors from my boy’s hand while muttering with exasperation, “I’ll do it”.  Never mind that while eating a store-bought birthday cake at little Jimmy’s party or surveying the parade of made in China Buzz Light Year costumes knocking on my door, it never once crossed my mind that these mothers were “bad” mothers, lazy mothers or not the mothers that we are all supposed to be.

I thought that people were judging but it was really me who was doing the judging.

There is a part of me that does long for DIY projects.  I am nostalgic for the lost arts that generations before were commonplace.  I am amazed when my husband fixes things around the house without consulting You Tube.  It’s his confidence that I admire as much as the skill.  Now when I find myself lost in a chosen project, it’s the sense of calm and the absence of expectations that I find as rewarding as the final project.

My experience with parenting and DIY projects is very similar.  At first I was lured by the glossy images promising picture perfection but it’s the fails: the shattered glass, the burnt dough, the botched hemline – that’s when the real learning occurs.  It’s often the most basic projects, the ones that are the least glamorous or fun, that most need mastering and bring about the greatest sense of accomplishment.

My name is Marcelle, and I’m a Pinterest junkie.

It wasn’t always this way. As an inveterate web surfer, I’ve collected a prodigious number of internet bookmarks on three different computers. I bookmark everything, from recipes to Christmas crafts* to websites featuring the most perfect apartments ever. I have 25 pages of favourite shops on Etsy. I can spend hours “decorating” my next house. But because my bookmarks are spread over three computers and seven years, when I want to find something — that perfect recipe for meatloaf, for example — I have to search around, inevitably forgetting what I was looking for in the process.

Enter Pinterest. Pinterest is described as a online pinboard — a place to keep track of all those cool things you find while surfing the net, and  to see what others people like as well. Other people can repin your favourites on their own boards and comment on items you’ve pinned.  Part planning tool, part social media site, Pinterest lets me indulge in my compulsive need to categorize, file and save, and it’s fun, too. Time Magazine named it one of the best websites of 2011.   I’ve seen people use these virtual pin boards to keep track of favourite books and music, coordinate book clubs and plan special events such as weddings.

The best part of Pinterest is looking around at other people’s “pins” — things other people find interesting. But that’s because I’m nosy, um, I mean, curious.

And without Pinterest, I’d never know about this, which a friend of mine pinned: 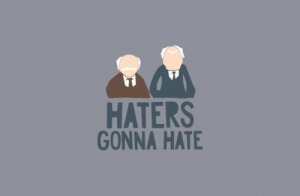 *Who am I kidding.?I don’t do Christmas crafts, but I respect those who do.