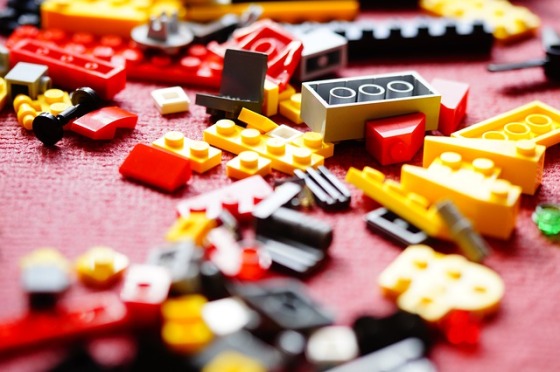 Having kids will automatically lower your cleanliness standards.

In his op-Ed piece in the New York Times, Case for Filth, Stephen Marche suggests the solution to the division of household chores is to simply do less and be happier.  Jessica Grose responded with the argument that men shouldn’t get to “punk out” when it comes to housework.

Oh, the housework debate.  For me, this is filed alongside the breastfeeding debate in the “Who Gives a Shit?” folder.

What do I mean by that?  It’s simple.  Whenever these studies come out about what our neighbours are doing, whether it’s how much sex they are having or how the chores are divided, we start to question our normal.  Is it normal that I do the majority of the day-to-day housekeeping and my husband does more of the “labor” jobs around the house?  Does that make me: subservient, a fool or a doormat? Is he boorish, a stereotype or a misogynist?

Questioning what’s normal is not necessarily a bad thing.  It’s often the impetus for change – and in this case Grose wants us to challenge what’s normal and put a broom in the hands of more men – but a quick informal survey of my friends reveals that “normal” varies from household to household.  Anything goes from dads doing laundry to moms cleaning out the eaves troughs.  Even the idea of cleanliness differs from household to household and so long as everyone’s on board, who cares what other people think?

Marches writes about the intimate drudgery that is housekeeping and marriage.  So true.  On my worst days, I will always make the bed.  Everything is right with the world when I can pull back the covers and get inside.  My husband has made the bed about the same number of times he has ironed a shirt – less than 10.  But don’t ask me to change the furnace filter.

Marche recalls that steamy scene in Mad Men when Meghan and Don pull off to the side of the road to have sex after leaving a dinner party gone awry where Don stripped off his shirt to fix a leaky sink.

I am reminded of the time we visited friends at their rental cottage.  While toasting another picture-perfect summer evening and waiting for dinner to be served, it was discovered that there was no longer running water indoors.  A small group of us stood around puzzled, not sure how to solve this problem, but my husband disappeared only to return wearing his bathing suit and with some tools he’d rummaged up.  Within minutes he was submerged in the lake affixing some thing-a-ma-jiggy pipe to some sort of doohickey.

While there was no Meghan Draper moment on the way home, I admit to feeling turned on and not because it was all macho-like, “Me man.  Me fix water pipe.  You woman.  You do the dishes.”

It was more a feeling of gratitude, or phew! someone on my team can fix water pipes!

The same way that I hope he feels about being married to someone who gets her thrills from organizing the mudroom.

Housekeeping can be a metaphor for marriage.  It’s messy, hard work, and everyone has their own way of doing it.

I beg to differ with both Marche and Grose.  It’s not about doing less or doing more, it’s about not keeping score.

This week, 4Mothers will discuss gender and housework and how things look to us.  We love it when you join in, whether to offer your own perspective or to simply say that you enjoyed a read.  Don’t be shy; drop us a line.  Leave a comment on one or more posts this week and you could WIN a home detox kit from Seventh Generation valued at $50!  (Canadian residents only) 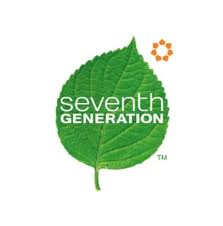 Carol is my go-to green expert.  She’s most likely cringing right now because she considers herself anything but an expert on the topic.  She is, however, the most environmentally conscious person whom I know and instead of wanting to stick my fingers in my ears and ride out the guilt wave whenever she talks about her latest greening project, I am inspired!  That’s right folks, inspired!

This woman makes her own soap, grows her own mushrooms and boarded the eco-train long before it became mainstream yet she is anything but a green snob.  Her quiet enthusiasm spurs me to try new things and step way out of my comfort zone.

A few weeks ago, Seventh Generation sent over a home detox kit and I figured why not give it a try?  I have made strides to introduce more organic, whole foods in to our every day diet but I have been neglectful on the home front.

I am not easily impressed when it comes to “green” cleaners.  The few that I have tried have delivered lacklustre results that left me wondering how clean the toilet/counter/floor really is?

I was pleasantly surprised with Seventh Generation’s granite counter cleaner and dishwashing detergent but the laundry detergent made me a convert! 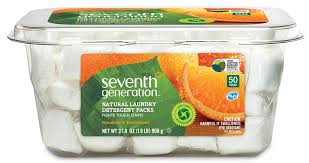 I do laundry like it’s my job.  Well, it kinda is my job.  I easily push through 10 loads a week of grimy, sweaty, stained clothes running the gamut from sporting uniforms to my beloved skinnies and EVERYTHING CAME OUT SPOTLESS with no soapy residue.

Thinking of “leaning-in” to become more green conscious when it comes to your home?  Here are some easy-to-do tips from Seventh Generation: