Little House In The City truly is a hidden gem in this city – maybe even the entire country!

Located at 555 Parliament St., just around the corner from the ever popular Riverdale Farm, Little House In The City is Toronto’s first urban homesteading and sustainable living store . . .and it’s co-owned by Carol!

What is urban homesteading? It’s really a lifestyle.  It’s about taking a step backwards, living more simply and making a conscious effort to create a more sustainable, low-impact life.

Buttons galore! Useful for a myriad of craft projects and very pretty to look at.

Little House In The City has a wide variety of supplies to support creative adventures and DIYs in and for your home.  In addition to being ethical and sustainable, these simple activities will encourage a newfound confidence in your homemaking abilities. They also have beautifully crafted ready-made gifts that made with organic or sustainable materials like the stunning cheese boards made of reclaimed wood that Nathalie received for her birthday.

The neutral tones of this pottery would off-set a colourful, summer salad or rich, wintery stew quite nicely.

Whether it be cheese making, fermenting, soap making or sewing Carol, and her partner Carla, will guide you in selecting the right tools for the job.

Beginners: don’t feel intimidated!  I purchased the sprout growing kit with organic seeds and I followed Carol’s instructions.  Within a few days we were adding alfalfa to our sandwiches and salads – and I can barely keep houseplants alive!

Coming soon, Little House In The City will offer classes for adults and children, hands-on demonstrations and community events to teach and inspire others to live more mindfully.

Here are some of my favourite things! 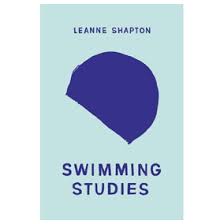 I could not put this book down.  It’s beautifully written and illustrated by Leanne Shapton, whose stunning Native Trees of Canada was wallpapering my neighbourhood bookstores a few years ago.  She has now published a memoir about her years as a competitive swimmer, and aside from a fascinating view into the life of a competitive athlete, Shapton treats us to beautifully articulated insights into what it means to live for that life of competition.  Here is a sample of her precise prose: “Say I’m swimming with people, in the ocean, a pool, or a lake, and one of them knows about my history as a swimmer, and remarks to the others, ‘Leanne’s an Olympic swimmer.’  I’ll protest: ‘No, no, I only went as far as the Olympic trials—I didn’t go to the Olympics.’  But the boast bobs up like a balloon, bright and curious to some, wistful and exposed to me.”  Her ability to see herself from these multiple angles is, I think, the key to the success of this memoir, and though I am about the farthest you could possibly be from a competitive athlete, I found a lot to identify with in her observations about herself and her place in her world.

Speaking from Among the Bones by Alan Bradley.

Alan Bradley’s Flavia de Luce mysteries are, hands down, my all-time favourite mystery series.  Flavia, the narrating detective, is an expert in chemistry (knowledge which always serves her detection efforts), and she is eleven.  Her limits as a narrator, and the wonderful ironic gaps that emerge when a child narrates a murder mystery, only add to the books’ charms.  I don’t know how I managed to miss news of a new book from Bradley; I usually have these things on wishlists months ahead of publication.  Imagine my delight when I opened my weekend Globe and Mail books section, and saw a review.  I kid you not, the minute I read about its publication, I ran out of the house to buy it.  I had read it all by bedtime.  Bradley is Canadian, but he captures life in an English manor house and village with an impeccable ear for dialogue.  If you have not heard of these books, begin at the beginning with The Sweetness at the Bottom of the Pie, and delight in the fact that you have four more books ahead of you.  As my gluttonous devouring of this book may indicate, I cannot recommend them highly enough.

Originally published in 1980, this is a book that calls to be savoured.  I read a book like this and think, “This woman was born to be a writer.”  There is a voice and a vision here so powerful, so her own, that there is no doubt that she has a vocation for it.  This is not the work of a writer’s workshop or of an agent and editor who will take a manuscript and try to make something marketable out of it.  It was a beautiful and devastating read.  The narrator is a girl whose mother has committed suicide, and she and her sister are left to navigate their way through childhood with a series of hapless guardians.  The plot is unhurried, the prose is some of the best I’ve ever had the joy to read:  “The immense water thunked and thudded beneath my head, and I felt that our survival was owed to our slightness, that we danced through ruinous currents as dry leaves do, and were not capsized because the ruin we rode upon was meant for greater things.”

Small Wars by Sadie Jones.  We meet Hal Treherne at his graduation from Sandhurst where it is revealed he has aspirations to follow in the footsteps of his decorated father and grandfather.  At this celebration, Hal meets Clara, the sister of a classmate.  Clara and Hal marry and settle into a happy, mundane routine but Hal grows frustrated by his post World War 2 military desk-job and longs to see action and prove his worth to his military family.  Hal readily accepts a transfer to Cyprus and Clara, although hesitant to leave their neatly carved existence with their young twin daughters, agrees and is hopeful that they will find a peaceful life safely ensconced within the confines of the British base and the sun-kissed Cypriot climate.  Shortly after they arrive, Cyprus explodes into a full-fledged revolution and Hal is charged with regaining order of the British colony.  Hal’s eyes are soon opened to the atrocities of war and he quickly learns that not everything is as black and white as his days at Sandhurst.  Sadie Jones writes with such rich description and her characters are achingly real, deeply flawed and stayed with me days after I finished with the book.

The Almost Archer Sisters by Lisa Gabriele.  Beth and Peachy couldn’t be more different.  Beth lives a self-absorbed, face-paced life in the New York City and Peachy, a stay-at-home mom to two young boys lives a simple existence with her husband and their hippy, hair stylist, draft-dodging father in rural Ontario.  The story is not very believable and is painfully predictable but what separates this story from any run-of-the-mill drugstore paperback is Lisa Gabriele’s writing.   On page 122-123 Peachy gives her sister Beth a complete run-down of what she can expect from her day as a stay-at-home mom.  The passage extends for two pages by the conclusion packs a punch that is illustrative of the spunkiness and complexity of her characters.

“ Get Sam to help you carry things, Beth.  He’s strong enough and he likes to.  Your show’s on tomorrow night, so make sure you tape it for Lou because he plays softball.  He’ll pick up the boys.  They eat hot dogs for dinner there.  Beau meets them after work.  But since you’re staying, make Beau’s supper tonight.  For tomorrow, it’s Chinese, but pick up some iceberg lettuce at Silvano’s next to the Laundromat.  But don’t buy anything else there, it’s too expensive.  Lou likes to make the dressing.  While Beau eats, draw a bath for Jake.  Make sure you get behind his ears.  Sam takes showers.  But if he’s in there more than 15 minutes, knock.  It’s rare for him to seize in there, but you never know.  Don’t let him think you’re checking.  Just pretend you have to go.  They can have dessert before bed.  Nothing chocolate.  And kudos to you if you can find the time to fuck my husband again in between all of that.”

The Piano Teacher by Janice Y.K. Lee.  It is not as common to come across stories about World War 2 not set in Europe. Janice Lee transport her readers to 1940’s Hong Kong, a vibrant expat community, living lavish lifestyles and caring little about the impending war until it is much too late.  The story is about a British national who finds himself in an interment camp while his Chinese-Portugese lover remains on the outside facing challenges of her own to ensure her survival.  Lee intertwines two story lines, the second in post-war Hong Kong follows many  of the same nationals who are trying to rebuild their lives in the midst of a mystery that has left several of their own dead and a new comer at the centre of the storm.  I devoured this book while a blizzard blanketed much of the Eastern seaboard and while the snow fell, I was lost on the gritty and sour streets of Hong Kong.

From Carol (whose books appear to be thematically related)

The Urban Homestead:  Your Guide to Self-Reliant Living in the Heart of the City  by Kelly Coyne and Eric Knutzen.  An entertaining, amiable read about how to live more sustainably in urban environments.  Everything from creating systems for water re-use to permaculture to raising (small) livestock in a backyard.  I particularly enjoyed the combination of matter-of-factness and humour of these authors, and their general optimism about their pursuits.

Urban Homesteading: Heirloom Skills for Sustainable Living by Rachel Kaplan and K. Ruby Blume.  More of the same, with lovely photos, and some useful five year plans for larger projects.  But the tone was heavy and less engaging that The Urban Homestead – if you’re curious, I’d recommend the light paperback by Coyne and Knutzen over this almost coffee table book.

Farm City:  The Education of an Urban Farmer by Novella Carpenter.  A memoir about a woman who sets up a farm on a vacant lot in a rough neighbourhood in Oakland, California.  Carpenter is a good writer, and the book unfolds easily, both informative with an interesting spike of inspiration here and there.  She also has good material, and recounts the adventures of raising and killing animals, including two pigs (not pygmies) in the inner city.  As a squeamish reader who doesn’t eat meat, I skimmed/skipped the passages that related in detail the demise of these creatures, but still found the book to be a wonderful read.